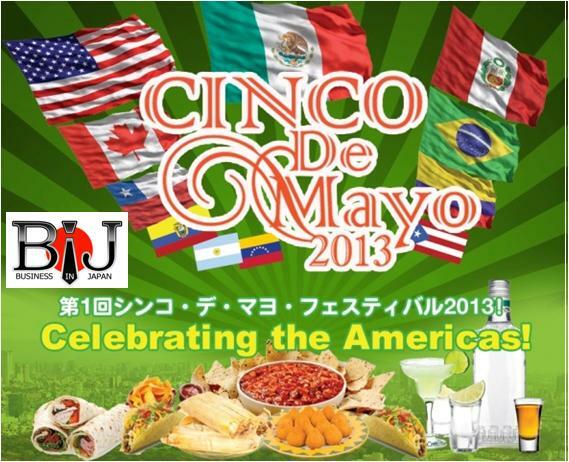 "Business In Japan, and The Americas" FREE casual Event in the Park for Cinco de Mayo 2013

Get invited to future events

BIJ group have been given special permission to stake out a tarped area for a casual, FREE, BIJ Event in the Park at Tokyo's first official "Cinco de Mayo" festival, this Golden Week.

What a great opportunity to meet in a casual, relaxed atmosphere, with good food & drink, no time or cost pressure and with an interesting theme you can embrace if you'd like to ("Business In Japan, and The Americas"); We intend to have a spot for BIJ Group members, especially those interested in or already doing Business with Mexico & The America's, on both Friday May 3rd and Saturday May 4th.

Consider researching BIJ group members or Tokyo Based LinkedIn folks you'd like to meet, especially our Spanish speaking friends, reach out, organize to meet up there, to 'take it offline' and grow your in-person network!

WHERE will we be?

We are currently deciding between three locations, with the most likely location a patch in the corner quite close to where the Draft beer will be served. If you were facing the center of the stage, ready to watch a performance, we'll be about 4 o-clock diagonally behind you - or we'll update this text & put a link to a map where we are...

HERE is WHERE we'll be probably from 'about 11am' to 'about 5 or 6pm' *anyone may stay later, Blue tarp hopefully will stay out Friday night: http://t.co/8KV7nZ8bPY (Feel free to bring a tarp if you like but I don't expect huge numbers at any one time!)

The first annual Cinco de Mayo Festival will be held at Yoyogi Park Event Space on May 3-4.

Cinco de Mayo (May 5th in Spanish) commemorates a victory by a small, ill-equipped Mexican forces over a much larger French forces on May 5th, known as the Battle of Puebla.

Cinco de Mayo, which celebrates Mexican culture and heritage, is one of the largest festivals in the United States. In Japan, the festival will be a celebration of all of the Americas, showcasing countries from Canada to Chile.

Visitors will be able to partake of food, drinks and entertainment from Mexico, America, Peru, Brazil, Chile and other countries in the Western Hemisphere.
Entertainment will also showcase nations from the Americas. Mexico will feature mariachi, traditional dance and have special performers from Mexico. Fabiola Jaramillo, a finalist in La Academia, a Mexican version of American Idol, will be performing. Also featured will be Oscar Lobbo, whose album "Za Za Za" hit number one on the Billboard Top Latin Albums for six consecutive weeks.

There will be music and dance representing Mexico, USA, Peru, Brazil, Colombia, Chile, Paraguay and Cuba, as well as a special performance by the US Navy's Seventh Fleet Brass Band. Salsa dancers are welcome to dance the night away under the stars with top salsa DJs on Friday (May 3).

Celebrate the best the Americas has to offer during Golden Week. Come enjoy the sights and sounds, along with fantastic food and drinks!

Growing out of a LinkedIn based group, Business in Japan is the world's largest networking group for English-speaking professionals looking to do business in, with, and/or related to Japan. There a...